Itâ€™s strange, itâ€™s incredibly different. The most terrifying thing is that after just 3 weeks, I’m already getting used to this difference.
Itâ€™s absurd. 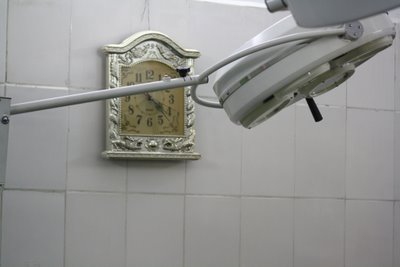 Here is the tale of my first surgery in Cambodia.

I’m on traumatology (consists mainly of screwing broken bones back together).
On my first day we had a patient with a clavicle (collarbone) fracture.

Medical facts and background information (simplified):
Clavicle fractures generally heal without surgery. Union usually occurs rapidly and produces a prominent callus. Standard treatment is a figure of 8 bandage. But really any stupid backpack pulled tight will also do the thing. Itâ€™s just a matter of having something that keeps your shoulders supported and immobilized to minimise the pain in the first weeks and maximize union.
So most fractures of the clavicle can be treated conservatively with excellent results. Open treatment (surgery) is only occasionally indicated and then only under certain stringent conditions. Most complications occur with open treatment and include nonunion and infection.

We operate about one-two per week here… 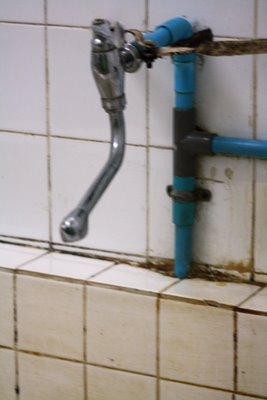 My surgeon gets to the bone without ‘pardon’. Skin, subcutaneous fat, muscles…no finesse is used. In the meantime he doesn’t seem to be worried about bleeding.
A surgery at home is done almost blood free. With careful cutting and coagulation of all minor bleeders, everything stays clean. Here blood flows like waterfalls.

Arriving at the bone, long minutes are spent to put humpty dumpty back together.
Like a butcher he chops and slays. After destroying naturesâ€™ wonders, he gets out his proudest possession… the drilling machine. He puts the two largest pieces back together with a pin. Then he takes needle and thread and puts all the shattered remaining pieces back together. Itâ€™s like a child who tries to secretly glue the teapot he broke, hoping mommy won’t see it.

In the meantime the patient is only half asleep. There are no anaesthetist only nurse anaesthetists. There is no heavy medicine, none of that magical white liquid (DiprivanÂ®) we all receive before surgery to get knocked out.
When somebody is drilling a pin through your bones I can guarantee you, you will feel it after receiving something that can be nothing more than a large quantity of sleeping pills.
Yeah, apart from dapping away the flowing blood, my job is to keep the patient pinned down to the table. Try to not make him squirm too much under the pain…

So you can imagine after two surgeries like that I couldn’t take anymore. I cried and treated myself to a knockout cocktail with my companion to philosophise about how we take part in this.

And so these are the things we discovered so far to put what happens here in perspective.

First of all as you all know Cambodiaâ€™s wounds are just freshly healed.
The war ended in 1980. Cambodia was empty of intellectuals and especially doctors. A few people, everyone with their own motive, started to act as doctor. They would build their knowledge on trial and error. They became experience based doctors.
There were no universities in that time. Years later they received optionally two years of education. The motivated and privileged went to study abroad for a couple of years.
Now medical school has kicked off in Phnom Penh so improvement is on the way.

Second of all the people that come here in our hospital, are the poorest people of all. They have very little money. They don’t know anything else but the woos and ways of this hospital. They don’t know that there exists surgery without pain. An average surgery costs 25 dollars here. If they can’t pay that, the Belgian technical cooperation, linked to this hospital, pays for them. If we don’t take care of them nobody else will.

So even though what happens here is butcher like for us, it is better than doing nothing.

We study outside our hours to try to be as useful as possible.
It’s not because we did study seven years that we can do better than them. We have almost no experience. And without experience, knowledge means nothing.
But we try to make the best of it.
Even if it’s just making sure the surgery happens more or less blood free, or trying to talk the patient through the pain, or making sure everything stays as sterile as possible…

Step by step we start to make tiny small differences.
Before we arrived here, we were convinced that we could make huge differences in people’s lives here, we were having this idyllic image of our work here. Now we become conscious that this can never be reality. We wonâ€™t make big miracles happn. But itâ€™s in the details that we can and do make differences. Babysteps! 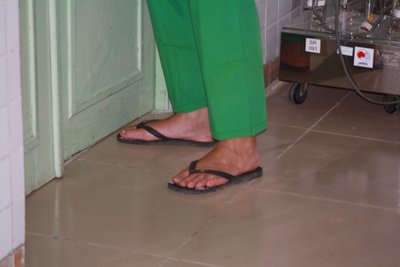