Never leave a man to do a womanâ€™s job right?

But here I find myself itching to write about 3 men who do a womanâ€™s job better than perfect. 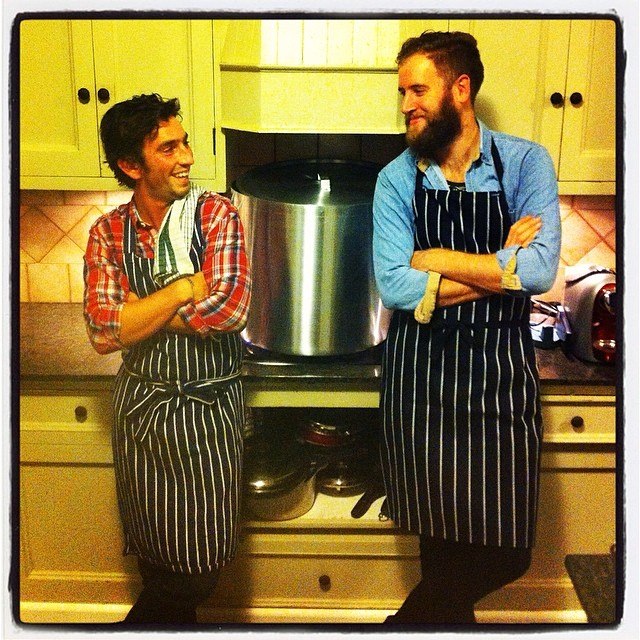 The Soup Group is a community event created by 3 blokes. Although they admit it was evoked by the girls, the concept is theirs. They own it. And they own it good. Their aprons on, not afraid to do a couple of dishes and endless fine-tuning of their soup recipes; they are girls dressed in disguise.

Now donâ€™t get me wrong Iâ€™m not calling them sissies. Jakob Dolan, Matt Gollan and Robert Watson are the infernal trio of the Soup Group. They are hipsters but also posses the true hipster power. Everything they touch turns it to gold. To be a hipster is one thing but what differentiates one from a copycat is the power to turn anything you touch into beloved grandmaâ€™s rusted antique gold. 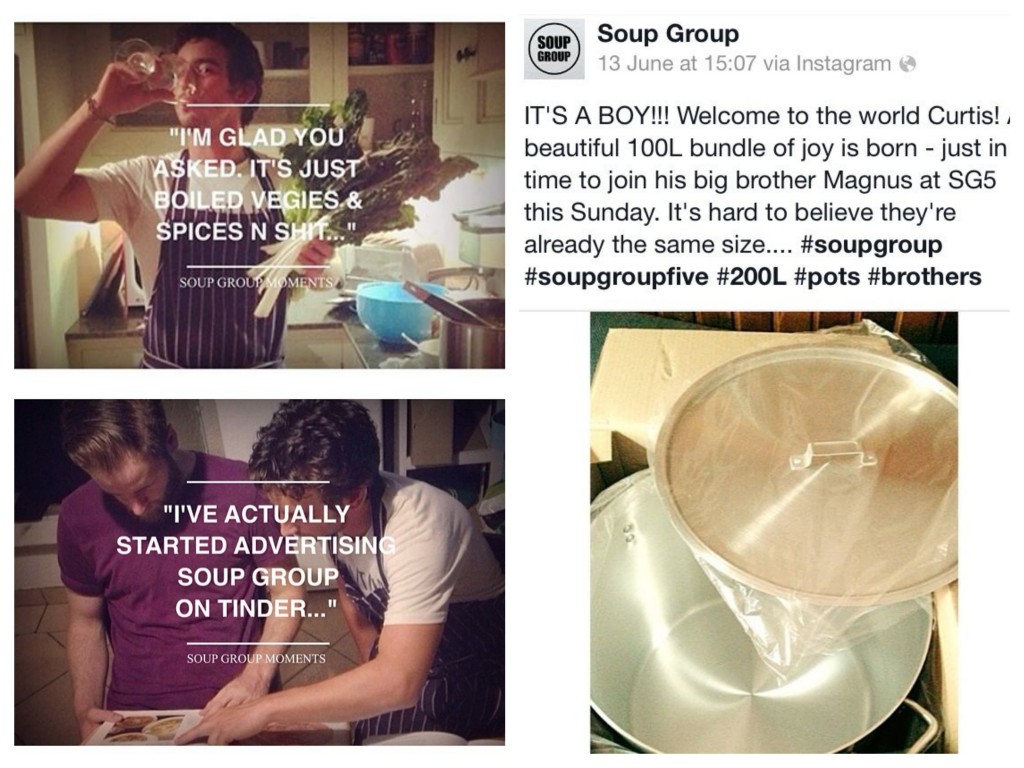 Stock, mushy peas, bread, potatoesâ€¦ But also 200L stock pots, tinder, instagram. You name it, they own it. 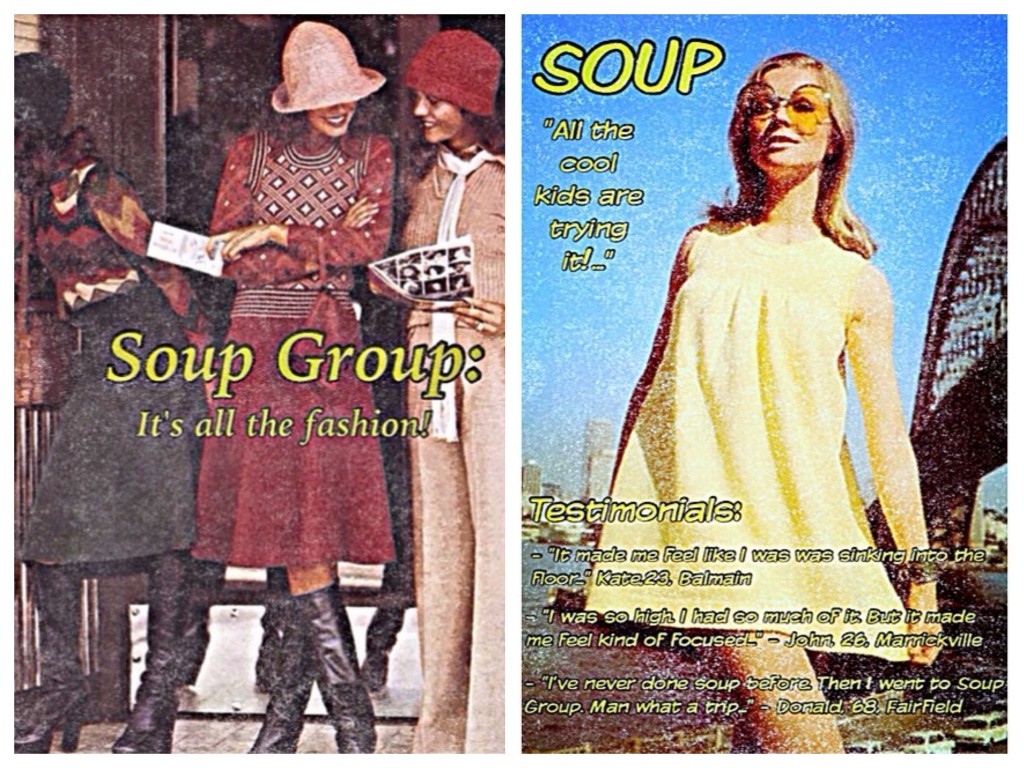 instagramming it (pictures courtesy of SG)

They have managed to turn their event into a cult. Soup Group will soon be appearing in dictionaries, wiktionaries and more.

So what is it exactly?

A secret venue, delicious soup, live music and in my opinion the infernal key to successâ€¦ itâ€™s on a Sunday afternoon. I previously expressed my love for lazy Sundays already and Soup Group perfectly embraces that concept.

Now being a hype is one thing but actually producing tasty soup is another thing. Because the soup was delicious before the hype was fabulicious itâ€™s actually damn good soup. 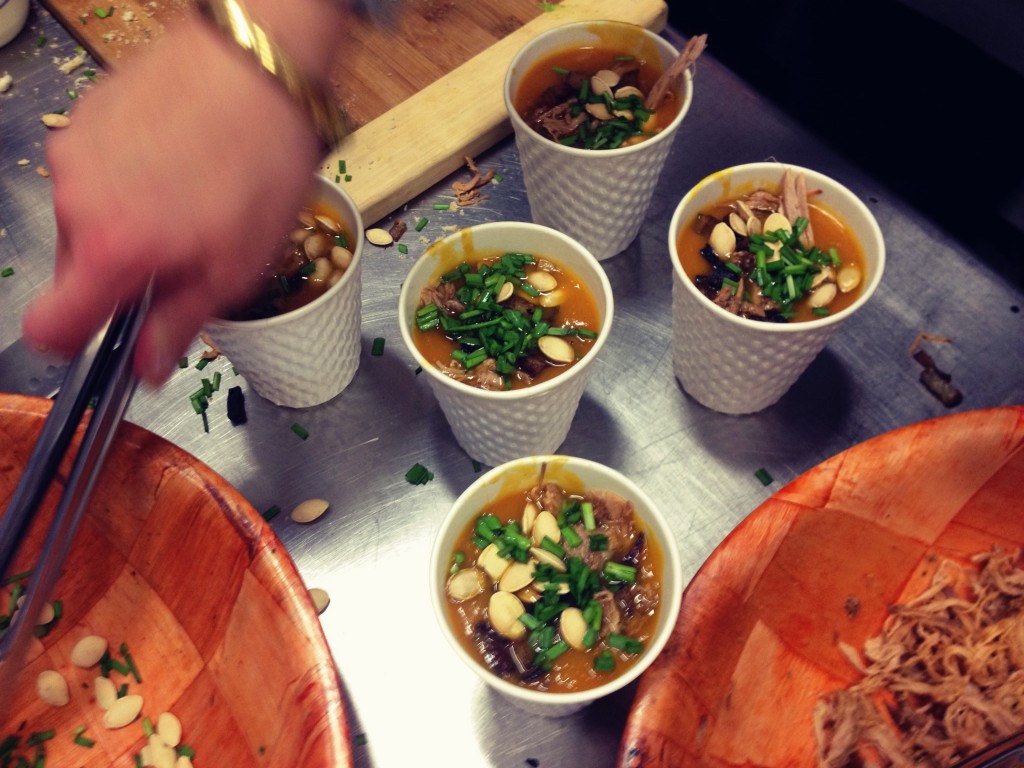 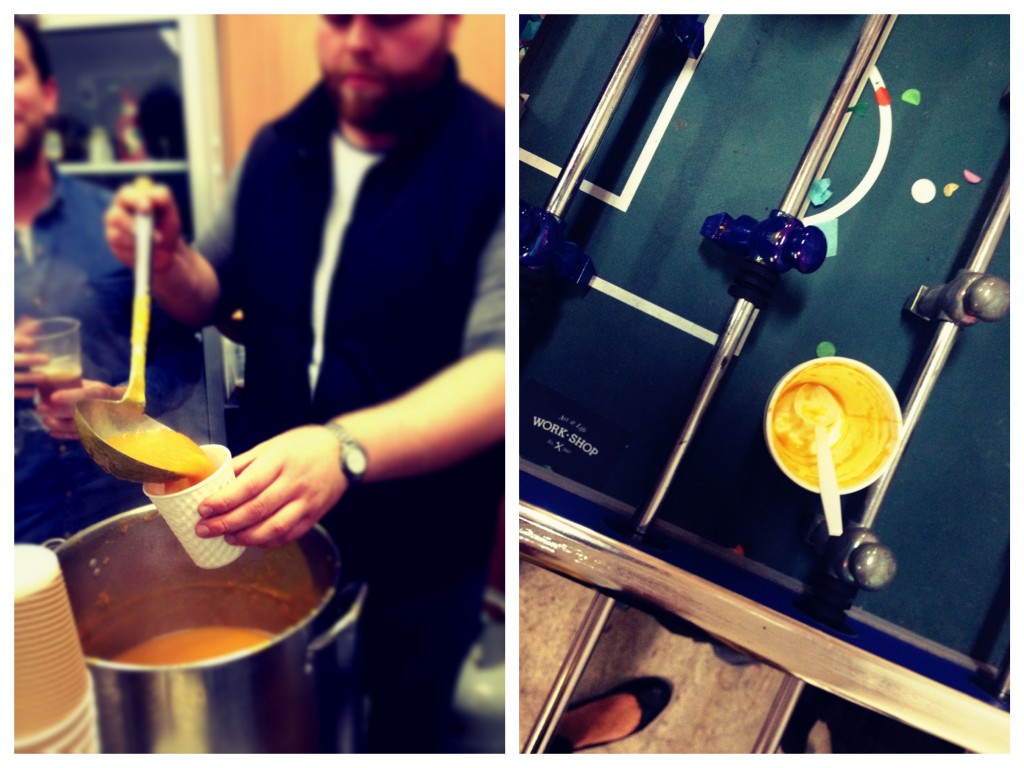 What makes a soup or brakes a soup in my opinion is the toppings. Remember those days when you were a little kidâ€¦ â€œTomaten soep met balletjes en kaasâ€ (Tomato soup with meatballs and cheese). We would have the most delicious tomato soup with little meatballs and cheese. Just sprinkling the grated cheese on top of the hot damping soup was the thing I would love the most as a kid. You can visually see the cheese melting forming long thready cheese strings (TELEFONATA called by the Italians)… 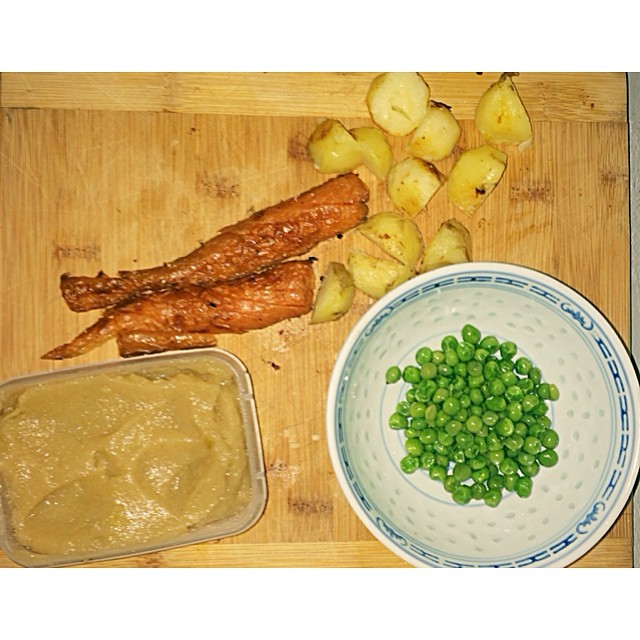 Topping it (picture courtesy of SG)

Well why donâ€™t you have a side of delicious ale or cider to complement this perfect dish. This is their first event where they themed up with a brewery, Young Henryâ€™s. And guess what! We had a couple of awesome ladies doing a manâ€™s job graciously (and understandably perfect)! 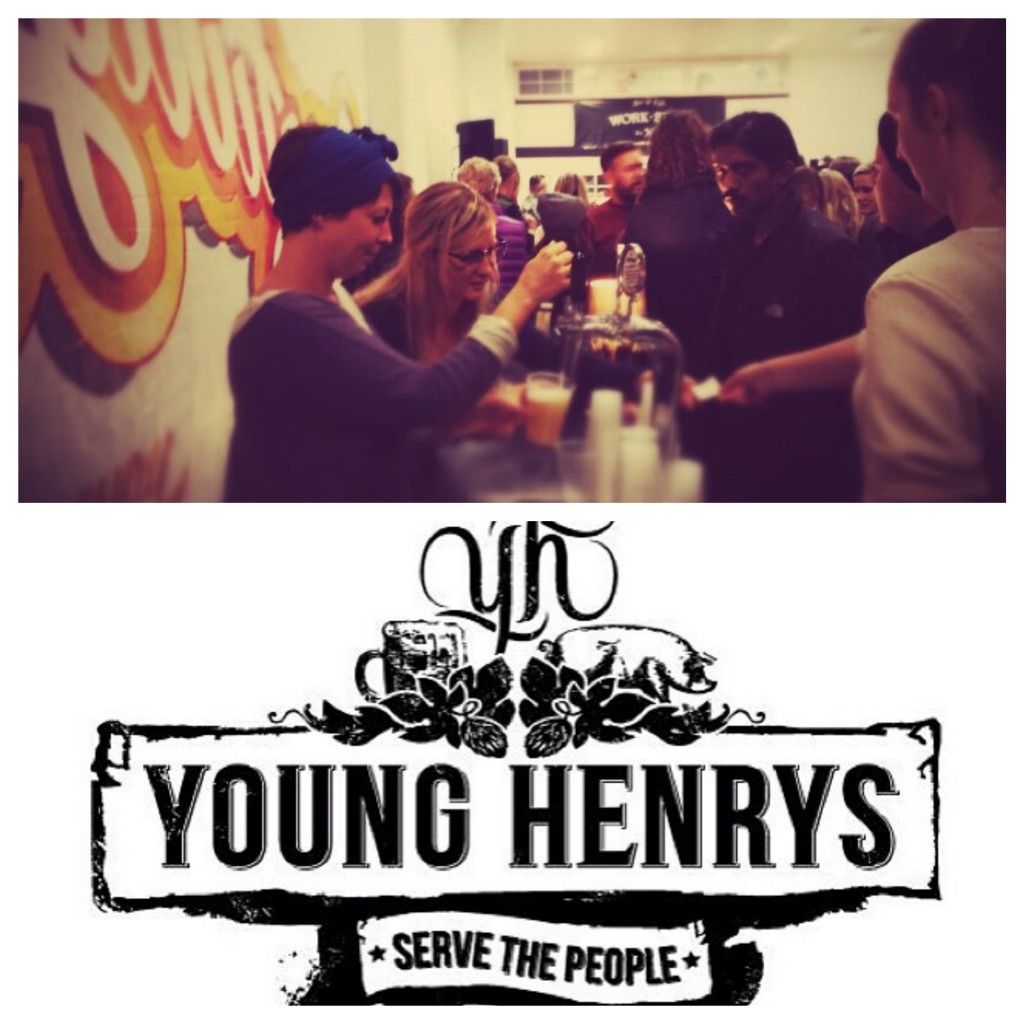 Beer and Cider by the ladiezz! (picture by Kim)

The Recipe By Soup Group #Shortcut

Be inspired and warm up these cold winter days!